Dr. LaVonne Ansari, Chief Executive Officer, Community Health Center of Buffalo, Inc., thanks and recognizes Mr. Russell J. Salvatore for his most generous donation of the Community Health Center of Niagara Falls’ new landmark and electronic signage at an unveiling in Mr. Salvatore’s honor held Thurs., Nov. 5, 2020 at CHCN on Highland Ave. in Niagara Falls, NY. Thanks to Mr. Salvatore’s generous donation, the new CHCN sign will engage the community and share valuable information about the Center’s services.

WATCH VIDEOS OF THE EVENT:

On a sun-kissed early November day, Mr. Russell J. Salvatore, Western New York restaurant and philanthropy icon, joked that he, and not “the man upstairs”, had brought the brilliant rays and light breezes to a beautiful Fall morning.

What was absolutely certain – and great cause for bright smiles and warm hearts – was the tremendous donation Mr. Salvatore did bring in the form of a magnificent new landmark and electronic sign that stands proudly to welcome all to the Community Health Center of Niagara Falls.

“This sign is really more than just signage, it really is a beacon for this community to give it light and to let people know we are here,” said Dr. Ansari in honoring Mr. Salvatore. “One of the slogans for the Health Center is building communities one patient at a time, and we believe the mission is possible. But we also know that we can’t do it alone. … We didn’t just come into this community because we wanted to come in, we came in because the community supported us coming and because we are one of you.

“I also want to say that this is one of our first business generosity partners that we have had,” continued Dr. Ansari. .”… In February of this year, we hosted our first Black History gala to raise money for this sign. I’m laughing because the money we raised is nowhere what we got! Mr. Salvatore came to the rescue.

“We didn’t know that Mr. Salvatore was our guardian angel behind the scenes when we fell a lot short. … As soon as he heard that we had fallen short, Mr. Salvatore said, bring me the drawings and let me see what we can do. Our next communication was him saying don’t worry, I’ll buy the sign for you.

“You can define charity as the generosity of giving,” continued Dr. Ansari. “But people only give if they have the character to give. Everybody that has money, does not necessarily give…. So, Mr. Salvatore, I just want to say on behalf of this community that we truly feel that you are an example of leadership for our community. And it’s truly a blessing and we’re truly thankful for your generosity that this sign is really a new light for this community.”

‘Be Our Guest and Let us Do The Rest!’

As founder of Russell’s Steaks, Chops and More and Salvatore’s Grand Hotel located at 6675 Transit Road Williamsville, NY, https://salvatoresgrand.com/ ; Mr. Salvatore is continuing a tradition of hospitality excellence that began when he transformed a hot dog stand that he had purchased in 1967, into the 100,000 square-foot Buffalo landmark now known as Salvatore’s Italian gardens. He later established the magnificent Garden Place Hotel. At age 75, Mr. Salvatore handed the reins of the restaurant and hotel over to his son. Since then, he has gone forward to found and develop Russell’s Steaks Chops and More and its attached five-story Grand Hotel, which has drawn national attention for its exemplary food quality and outstanding service.

In addition to this latest support of the Community Health Center of Niagara Falls, Mr. Salvatore has generously supported Trocaire College, the Erie County Medical Center, the Food Bank of Western New York, and Roswell Park Cancer institute, to name just a very few benefactors of his generosity.

“I would also like to acknowledge the members of my board,” Dr. Ansari concluded. “You can’t do this without leaders who have trust and support of what you are saying.”

PreviousHealthcare leaders in Buffalo’s Black communities educate, bust myths related to COVID-19 vaccine
NextPandemic Lessons: We understand the virus. Now how can we avoid it? 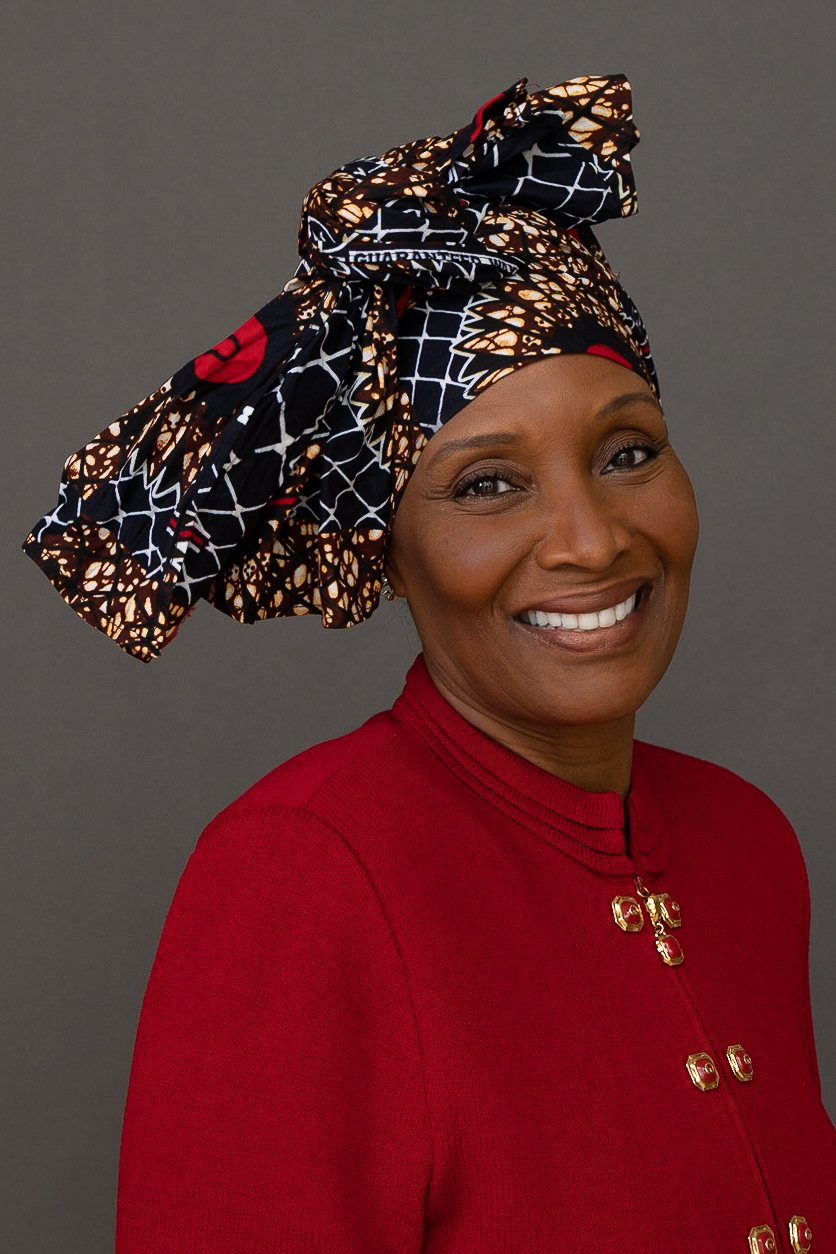 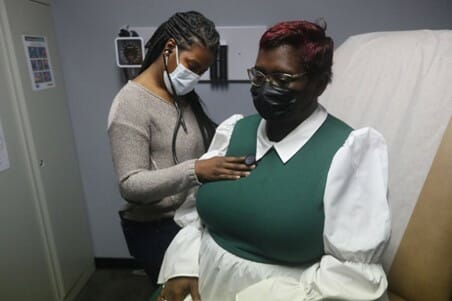 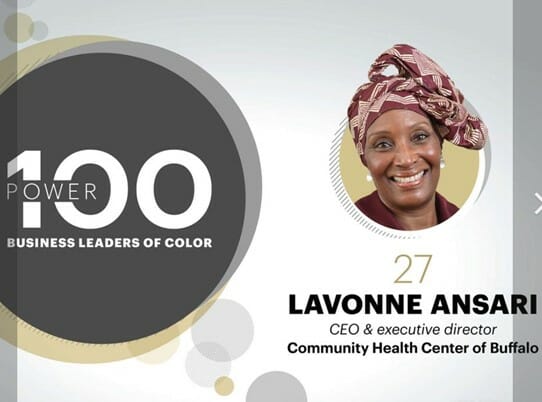